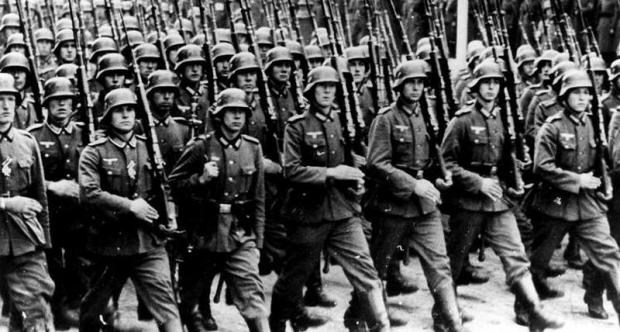 In case you missed it, on November 18, the German parliament passed a law, the so-called "Infection Protection Act" ("Das Infektionsschutzgesetz" in German) formally granting the government the authority to issue whatever edicts it wants under the guise of protecting the public health. The government has been doing this anyway — ordering lockdowns, curfews, travel bans, banning demonstrations, raiding homes and businesses, ordering everyone to wear medical masks, harassing and arresting dissidents, etc. — but now it has been "legitimized" by the Bundestag, enshrined into law, and presumably stamped with one of those intricate official stamps that German bureaucrats like to stamp things with.

Now, this "Infection Protection Act," which was rushed through the parliament, is not in any way comparable to the "Enabling Act of 1933," which formally granted the government the authority to issue whatever edicts it wanted under the guise of remedying the distress of the people. Yes, I realize that sounds quite similar, but, according to the government and the German media, there is no absolutely equivalence whatsoever, and anyone who suggests there is is "a far-right AfD extremist," "a neo-Nazi conspiracy theorist," or "an anti-vax esotericist," or whatever.