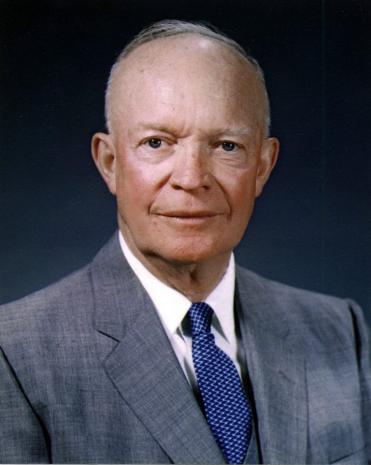 Oddly, those people who use the appellation "conspiracy theorist" for people who have concluded, based on the evidence, that the U.S. national-security establishment carried out a very sophisticated and deadly regime-change operation against President Kennedy on November 22, 1963, never apply their appellation to Presidents Eisenhower, Kennedy, and Truman.

What's up with that?

Consider Ike. In his Farewell Address in 1961, he issued a shocking warning to the American people. He said that the "military-industrial complex" posed a grave threat to their liberties and democratic processes.

Now, just think about that for a moment. That's a shocking statement. What Ike was saying is that there was grave danger that the Pentagon and the CIA would violently oust a democratically elected American president from office and take over the reins of the government.

In other words, like what happened in Chile in 1973, with the full support of the Pentagon and the CIA. The Chilean military-intelligence establishment attacked the president of the country and attempted to assassinate him with missiles fired at him from military jets. They also had infantry and armor units surround his position in the national palace. Wearing a military helmet and employing a high-powered weapon, the president fought back. The war was short-lived. The president did not survive the war, and the national-security establishment took full control over the government.