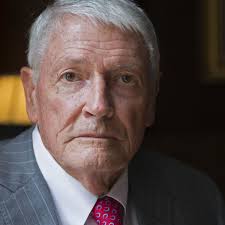 Instead of the usual bullish excrement spewed in these self-aggrandizing interviews, the billionaire started the conversation with an ominous warning that unprecedented actions by The Fed and the government have increased the risk of inflation (he stopped short of adding the prefix 'hyper') and dollar devaluation.

"We've survived this [pandemic] because of enormous fiscal and monetary stimulus," Malone said in an interview that aired Thursday with CNBC's David Faber.

"And I've got to believe this will lead to devaluation of currencies, that hard assets ... will increase in value in currency terms. I'm not sure I'm gonna call this inflation, but it'll look like and feel like inflation."

The Liberty Media's Chairman's fears are perhaps already being realized as while the dollar 'appears' stable vs its fiat peers (which is an illusion since they are all debasing together), the dollar's value vs hard assets (gold) has plunged. It all decoupled when The Fed went all-in after the Dec 2018 stock market crash...

"It's hard for me to believe that it won't be followed by a period of currency devaluation."

How is the billionaire responding to this risk?

Malone, reportedly already the largest land-owner in the country, is increasing that exposure

"I've been trying to invest or diversify into hard assets," Malone said.

"You know, I think things I bought this last year, I've bought... substantial interests in...multifamily housing, primarily in the U.S."

"I've bought irrigated farms because commodities were cheap and farms were at a low cycle in value. And I'd always wanted to have some irrigated farming, so now I'm growing potatoes," he said.