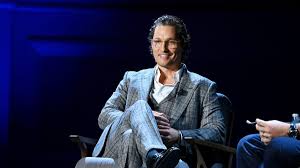 Matthew McConaughey said on Tuesday that he would consider trying his hand at a career in politics by running for Governor of Texas.

The Texas native sat down with Hugh Hewitt on "The Hugh Hewitt Show" for an interview about "Greenlights," his best-selling book.

"I don't know. I mean, that wouldn't be up to me. It would be up to the people more than it would me," McConaughey told Hewitt. "I would say this: Look, politics seems to be a broken business to me right now. And when politics redefines its purpose, I could be a hell of a lot more interested."

McConaughey talked about his goals and ideas concerning American politics, saying, "I want to get behind personal values to rebind our social contracts with each other as Americans, as people again."