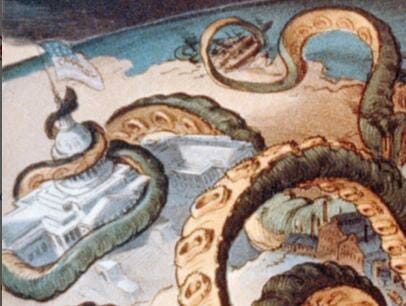 The Associated Press reported that Yale Management Professor Jeffrey Sonnenfeld organized a secret video conference meeting on November 6th with more than two dozen CEOs of major US corporations to discuss what to do if Trump refuses to leave office or takes other steps to stay in power beyond the scheduled January 20th inauguration of Joe Biden. Sonnenfeld disclosed that leaders from Disney, Blackstone investment company, Johnson & Johnson, Walmart, Apple, Starbucks and General Electric attended the secret meeting. They all claim that there was no evidence of widespread fraud in the 2020 election.

If Trump does not yield, Sonnenfeld said the business titans' actions could include making public statements, pressuring Republican legislators' Electoral College votes, corporate relocations, and threats to stop donations to political action committees. The professor spoke with six or seven CEOs who said that, if there were "seditious riots" at Trump rallies or more mass firings like Trump's dumping Defense Secretary Mark Esper and other Pentagon officials, they want to reconvene to talk about acting faster.

Only a few of America's CEOs have made public statements about President Donald Trump's refusal to accept his election loss, but in private, many are alarmed and talking about what collective action would be necessary if they see an imminent threat to democracy.

On Nov. 6, more than two dozen CEOs of major U.S. corporations took part in a video conference to discuss what to do if Trump refuses to leave office or takes other steps to stay in power beyond the scheduled Jan. 20 inauguration of former Vice President Joe Biden. On Saturday Biden was declared the election winner by The Associated Press and other news organizations.

During the conference, which lasted more than an hour, the CEOs agreed that Trump had the right to pursue legal challenges alleging voter fraud.