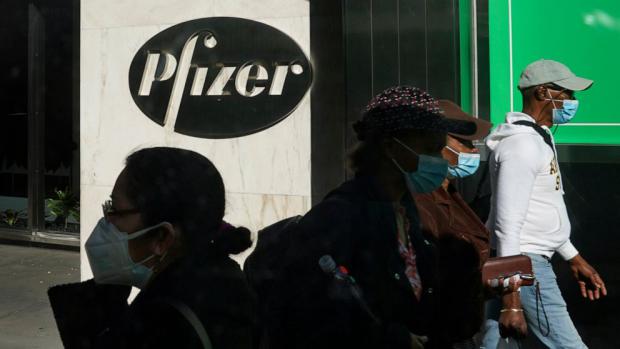 Meanwhile, the AP reported that Pfizer is already in "regular communication" with President-elect Joe Biden's transition team as part of the ongoing efforts to keep all parties up-to-date on the vaccine and its distribution. It's part of a patchwork of "workarounds" that Biden is using as President Trump refuses to cooperate with his former Democratic rival, according to the AP.

After confirming yesterday that its Phase 3 vaccine trial had finally recorded its last confirmed COVID-19 infection needed before applying for an emergency use approval from the FDA, Pfizer Wednesday morning has just released a summary of its "final" data which - as luck would have it - showed the Pfizer vaccine is actually 95% effective, leaving it on par with Moderna's vaccine.

On the surface, this final number seems to be an improvement on the 90%+ effective preliminary finding released by Pfizer last week. What's more, the new data answered a critical question posed by experts: how effective is the vaccine on older and more vulnerable patients? Pfizer and Biontech said Wednesday that the  vaccine's efficacy in people older than 65 was more than 94%.

According to WSJ, now that the final data is in, Pfizer expects to apply for the EUA within days, the company said Wednesday.

Shares were trading almost 4% higher in premarket on the news.