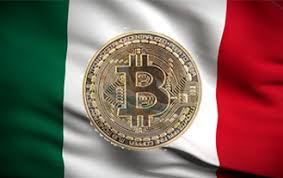 As noted earlier, following a 150% advance YTD, and with fintech such as Paypal wholeheartedly embracing cryptocurrencies, institutions can no longer afford to stay out of what has emerged as the most powerful momentum rally of the year and which, unlike momentum stocks which just suffered a 15-sigma crash last week, has actually seen its volatility decline.

Indeed, as Bloomberg's James Batty writes bitcoin's volatility is now close to a three-year low while sporting a low correlation with the S&P 500 - making it an ideal diversification away from the bubble in stocks - and the growing open interest in the futures contract point to a rally that may be on firmer foundations than the one in 2017, one which was largely driven by retail investors as opposed to the surging institutional participation now.

Additionally, there have been a number of fund launches with bitcoin in their description this year as investors get more avenues to the cryptocurrency, which means adoption will only increase.

But the real driver of additional crypto upside will be continued transfer out of fiat and into bitcoin and other alternative currencies, whether it is Chinese depositors who once again attempt to flee the Chinese capital account "firewall" or ultra wealthy individuals becoming bitcoin advocates as they shift their net worth into crypto.

An example of just that is billionaire Ricardo Salinas Pliego, Mexico's third-richest person, who said in a Twitter post Tuesday he's invested a substantial portion of his liquid assets in the world's biggest cryptocurrency, becoming one of Bitcoin wealthiest backers yet.

"Many people ask me if I have bitcoins," said Salinas, who has a $11.8 billion fortune through his stakes in retail, banking and broadcast businesses, according to the Bloomberg Billionaires Index. "YES. I have 10% of my liquid portfolio invested it" he tweeted.