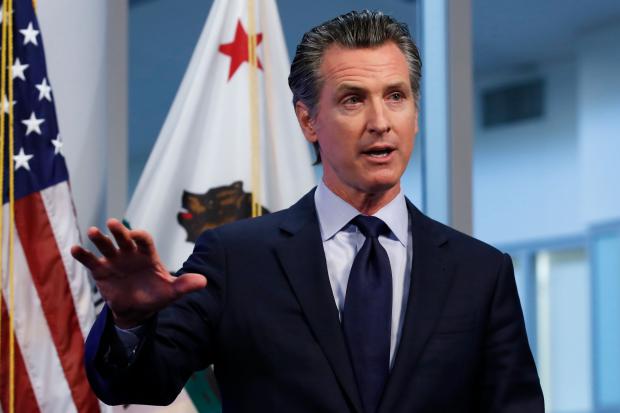 After being roundly criticized by liberals and conservatives alike late last week over his attendance at a birthday party for a key advisor/lobbyist held at the famed "French Laundry", California Gov. Gavin Newsom has released a lengthy video apology where he apologizes for what his team has characterized as "an error in judgment".

Newsom explained that he had been invited to a "friend's birthday" party in Napa, which at the time was in "orange" status, and the reservations were made at an outdoor restaurant. Newsom said that he didn't realize until after he arrived that it was a larger group than he had anticipated.

"Instead of sitting down, I should have stood up," Newsom said, before acknowledging that "the spirit of what I'm preaching all the time has been contradicted, and I need to own that." Newsom added that he has been out socially "just three times" since February, twice with him and his wife, along with this dinner.

"I shouldn't have been there, I should have turned back around, when that happens, you pay the price, but you own the mistake and you never make it again, you have my word on that," he concluded.

Gavin's apology follows a scathing editorial published by the Sacramento Bee, an influential capital-area newspaper which slammed the governor's hypocrisy. "We certainly hope Gov Newsom and his wife...enjoyed their dinner...because it will end up costing a lot more than $700 in terms of damage to Newsom's reputation."

Though the editorial was published before Newsom made his apology, the SacBee pointed out that Newsom's description of the birthday dinner as a social event involving his wife and friends is misleading. The party was for Jason Kinney, described as Newsom's "favorite lobbyist and longtime advisor."