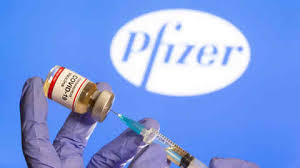 Other stories are one-offs. A few of them strike hard. Their implications—if anyone stops to think about them—are powerful. Then…nothing.

"Wait, aren't you going to follow up on that? Don't you see what that MEANS?"

Apparently not, because…dead silence. "In other news, the governor lost his pet parakeet for an hour. His chief of staff found it taking a nap in a desk drawer…"

One-offs function like teasers. You definitely want to know more, but you never get more.

Over the years, I've tried to follow up on a few. The reporter or the editor has a set of standard replies: "We didn't get much feedback." "We covered it." "It's now old news." "There wasn't anything else to find out."

Oh, but there WAS.

A few weeks ago, I ran a one-off. The analysis and commentary were mine, but the story was an opinion piece in the New York Times. The Times called it an opinion piece to soften its blow. I suspected it would disappear, and it did.