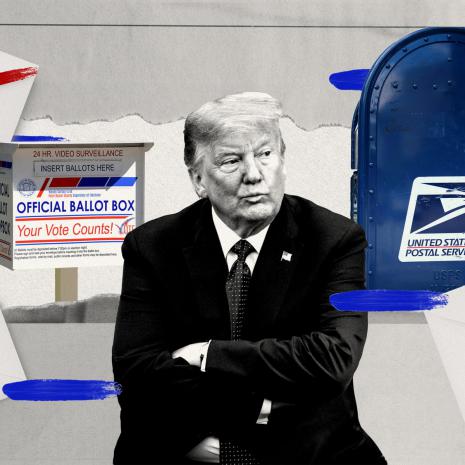 There has been a massive and coordinated effort to steal this election from we the People of the United States of America to delegitimize and destroy votes for Donald Trump. To manufacture votes for Joe Biden. They've done it in every way imaginable, from having dead people vote in record numbers, to absolutely fraudulently creating ballots that exist only for voting for Biden.

— Sidney Powell, former Appellate Section Chief for the Western and then the Northern District of Texas

By 10 o'clock on November 3rd, it had become apparent that Donald Trump was cruising toward a comfortable victory in the Electoral College. With Texas and Florida having gone his way, he also enjoyed sizable leads in crucial battleground states. As Trump was headed toward his seemingly inevitable victory, all of a sudden something very strange began happening. A number of key swing states in which Trump held solid margins inexplicably suspended their counts. Never in memory had a key swing state stopped its counting process before the presidential winner was known. For several states to have done this at the same time is completely unprecedented.

As the counting stretched into the days ahead and reports of gross irregularities kept pouring in, two things became obvious. First, Trump had handily won the Electoral College by legally cast ballots. Second, the Democrats were engaged in a carefully pre-planned fraud to steal the election. And the audacity of this fraud is truly unprecedented in both its effrontery and magnitude.

The Democrats' strategy going into election day should be clear to everyone by now. Their plan was to hijack the election by implementing the following stratagem:

In crucial swing and battleground states we will keep counting votes until we can accurately assess which candidate is going to win (election operatives apparently know this with near certainty when between 70-85% of cast ballots have been processed). If our candidate is on the path to win, we will simply proceed with the count and declare Biden the winner. If Biden is on a track to lose, we will suspend the count for the night. We will then proceed to manufacture ballots in the interim to enable him to win. If Trump's lead is too large, we will draw out the counting process over the next several days. As the vote drags on, we shall keep finding new votes until we have at last generated a sufficient number to put Biden over the top.