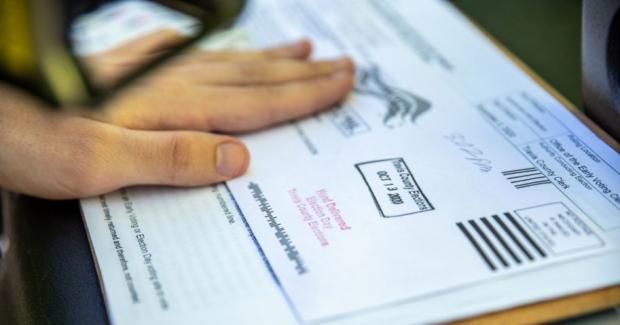 Kelly Reagan Brunner, a social worker in the Lone Star State community of Mexia, is accused by Texas Attorney General Ken Paxton of acting as an agent for 67 residents at the Mexia State Supported Living Center.

According to a complaint from the state AG's office, Brunner took advantage of the residents by registering them to vote without their consent.

Her ultimate plan, according to Paxton, was to use her position as a proponent for those with disabilities to acquire mail-in ballots so she could vote on their behalf.

"I strongly commend the Limestone County District Attorney's Office, Sheriff's Office, and Elections Office, as well as the Department of Health and Human Services Office of the Inspector General for their outstanding work on this case and their commitment to ensuring a free and fair Presidential election in the face of unprecedented voter fraud," Paxton said in a news release.

He added, "Registering citizens to vote or to obtain mail ballots without their consent is illegal."