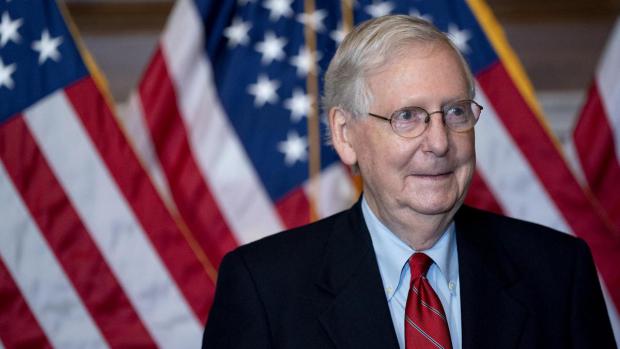 Lindsey Graham, Ted Cruz and others raised questions about various irregularities (which actually aren't all that uncommon in American elections) earlier, and the GSA, the component of the federal government bureaucracy that oversees transfer of power and all that comes with it (moves in and out of the White House etc), said earlier that there would be no transfer of power until a "clear winner is clear based on the process laid out in the Constitution."

Sen. McConnell said Monday that Trump has every right not to accept the final results based on little more than media reports, and that President Trump is within his right to request vote recounts and file legal challenges to address irregularities, he said in opening floor comments.

The Kentucky Republican, who fended off a well-financed Democratic challenger, added, with perhaps a touch of sarcasm, that last week's election "appears to have been free from meaningful foreign interference".

The implications of these comments are momentous, and they drive home the fact that, as we wait to hear more from President Trump and the rest of the GOP establishment, this happy-go-lucky straightforward transition being priced in by the market hasn't been finalized quite yet. The markets now appear to agree, as US equities slipping headed into the close after what has been a wild ride higher since this morning's vaccine news. With minutes to go, the VIX is green for the day, and small caps might be headed for one of their biggest intraday reversals ever.