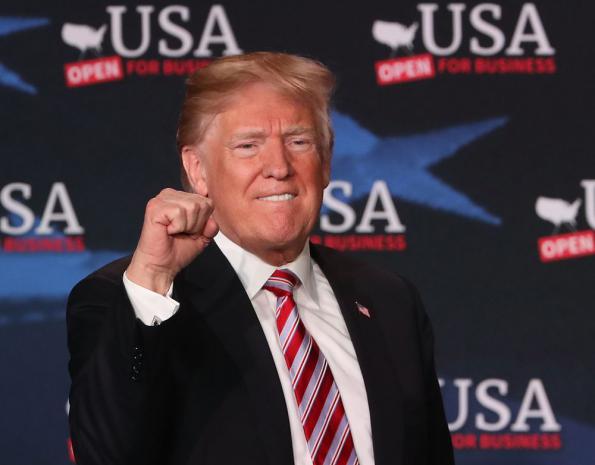 "Democratic socialist" Rep. Alexandria Ocasio-Cortez (D-NY) tweeted: "Is anyone archiving these Trump sycophants for when they try to downplay or deny their complicity in the future? I foresee decent probability of many deleted Tweets, writings, photos in the future."

Michael Simon, who describes himself as a former staff member in Barack Obama's administration, replied in the affirmative, linking to what he called the "Trump Accountability Project":

Every Administration staffer, campaign staffer, bundler, lawyer who represented them — everyone. https://t.co/PHx8v8GxOp

The database at the site includes a list of federal judges appointed by the president.

Others also tweeted to announce the project:

We're launching the Trump Accountability Project to make sure anyone who took a paycheck to help Trump undermine America is held responsible for what they did.

Join us and help spread the word.https://t.co/wtVxGIlYOK

Jennifer Rubin, a Washington Post columnist and Never Trumper, tweeted that anyone challenging the 2020 election results should not only be disqualified from holding public office, but ostracized from society.