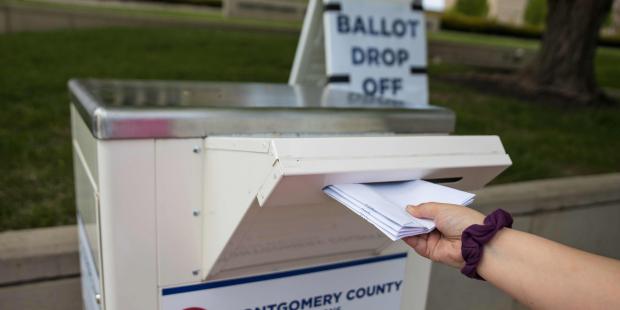 I think that's one of the original reasons for exaggerating this pandemic was to increase the use of mail-in ballots because they are more subject to fraud. At first, it appeared as if my worst fears about Democrats stealing the election might not be able to overwhelm the strong pro-Trump response the initial returns were showing. Not only was the predicted Blue Wave of Democratic votes not happening, but Trump was winning handily all the swing states, including Pennsylvania, Michigan and Wisconsin. Trump won Florida and Ohio, and then even Georgia and North Carolina were trending toward Trump.

It appeared that the American people had truly awakened to the danger of the radical Democrat agenda and turned out in record numbers to vote against it. But then the manipulation started. Impossible surges of huge numbers of votes for Biden (with none for Trump) pushed Biden to the lead in Wisconsin and Michigan, and even Trump's lead in Pennsylvania was rapidly dwindling from the same ballot stuffing fraud. Small amounts of voter fraud had been going on all night in Arizona and other tight states, but nothing like this massive fraud. This week, we will talk about how much we know so far of this brazen theft of a democratic election.

What happened Tuesday night and into Wednesday explains why the media was putting out a series of claims weeks before the election that it would take days or weeks to count the votes but only in certain swing states. Now we know they were preparing everyone to accept what they knew was coming–delayed counting giving time to produce more votes until their side won the election.  Tucker Carlson blasted the media  and the polls for manipulating the idea that Biden would win by a wide margin. There was no margin of victory. They had to steal it.

Here are the four propaganda items that were constantly paraded before the public leading up to the election:

1. What would happen if  Trump failed to accept the results of the election ?