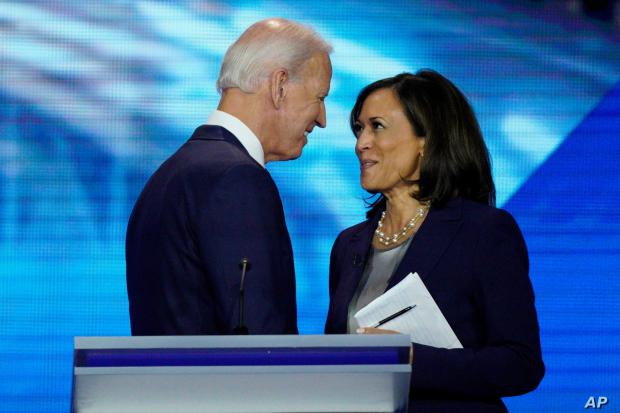 Fox News host Tucker Carlson has claimed that Joe Biden is 'a hologram' who will 'make you drink Starbucks every day from now until forever'.

In a strange introduction to his Friday night show Carlson, one of Donald Trump's most passionate cheerleaders, warned that Biden - who leads Trump in several states -  was 'a vapor'.

'We have no clue what Joe Biden actually thinks, or even if he's capable of thinking,' warned the man with the highest ratings on Fox News.

'He hasn't told us and no one's made him tell us for a full year.

'In fact, it's becoming clear there is no Joe Biden. The man you may remember from the 1980s is gone.

'What remains is a projection of sorts, a hologram designed to mimic the behavior of a non-threatening political candidate: "Relax, Joe Biden's here. He smiles a lot. Everything's fine."

'That's the message from the vapor candidate.'

He repeated the common Republican refrain, frequently amplified by Trump, that Biden was a puppet of Left-wing politicians such as Bernie Sanders and Alexandria Ocasio-Cortez.

Carlson said the people 'behind Biden' were intent on making everyone agree with them, and preventing dissent.

'They have lots of power and they plan to wield that power, whether you like it or not. It's all starting to look a lot like oligarchy at this point,' he said.

And, bizarrely, he claimed they wanted to make Americans 'drink Starbucks every day'.