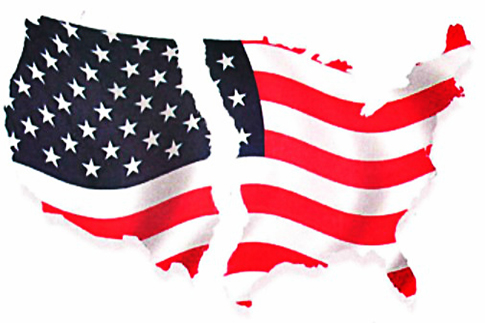 It's another when the democratic process itself breaks down because nobody trusts the vote or the people who count it. But that's precisely where we are.

As things stand at this writing, last night's presidential election remains undecided and looking ugly. At least six states are still uncalled, and both the Trump and Biden camps have their legal teams claiming victory. We may be in for days, weeks, or even months of legal skirmishes, all of which can only add to our intense political (or more accurately cultural) breakdown.

Today, perhaps 140 million American voters are in purgatory, fearfully wondering what will happen to them if the other guy wins. This is nothing short of a national psychosis, absurd yet deadly real. And it gets worse every four years, despite the narrowing of any "policy" differences between the two parties over recent decades. If anything, presidential votes are overwhelmingly about tribal affiliations with our kind of person, not substantive ideology.

Yes, this is unhealthy. And yes, the psychosis manifests because the stakes are so high. It manifests because government is far too big and rapacious; lawmaking and jurisprudence too centralized in DC; the unitary executive presidency too powerful; and society too politicized. But these are unhelpful truisms. Plenty of Americans abjectly support more government, more centralized political power, an omnipotent president and Supreme Court, and the sharp politicization of every facet of life.

1 Comments in Response to What Will It Take for Americans To Consider Breaking Up?

The fundamental, foundational point of American principle is the ownership of private property - a person's body, land, family, etc. The second fundamental, foundational point is and has to do with the relation of each person and his/her property to everyone else and their property. The third is the relationship of people and their private property to the usage (by any/all of them) of public property - property belonging to nobody. The fourth is fair and equitable adjudication between people when someone believes that his/her property has been infringed on by someone else, or by the rules set down by the group regarding the combined use of public property. --- Until all people see and understand these basics, there can be no national agreement.