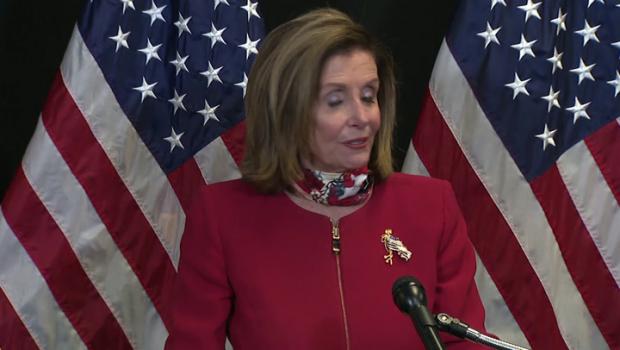 House Democrats savaged Speaker Nancy Pelosi in a family venting session that featured yelling and crying lawmakers in the wake of the party's losses on Thursday.

And the drama on the three-hour conference call played out live on Twitter, as details were leaked to the Capitol Hill press corps, who tweeted all the wild details.

Rep. Abigail Spanberger, a Democrat from Virginia who narrowly won a second term on Tuesday night, yelled out her frustration, accusing party leaders of bowing to demand from the liberals, like members of 'The Squad.'

Democrats kept control of the House in this year's election but their majority shrank and it was moderate members of the party who lost. The final results aren't in but Democrats could loss up to 10 seats.

'We need to be pretty clear,' Spanberger said of election night results. 'It was a failure. It was not a success. We lost incredible members of Congress.'

'No one should say 'defund the police' ever again,' Spanberger said, referring to one of liberals' demands, Politico reported. 'Nobody should be talking about socialism.'

Spanberger, continued to unload on Democratic leaders, warning if the party kept up these tactics in 2022 election: 'We will get f****** torn apart.'

Spanberger was hit with multiple attack ads accusing her of trying to 'defund the police' after she voted for a police reform bill. The issue was a heated one this summer during the mass of Black Lives Matters protests that swept the nation. President Donald Trump and Republicans countered the racial tension by accusing Democrats of not supporting police officers.

Pelosi pushed back against Spanberger though.

'I do disagree, Abigail, that it was a failure. We won the House,' the speaker said.

She also told lawmakers to come to her personally with any worries and gave out her personal cell phone number.

Meanwhile, one lawmaker who lost her race broke down and cried during the session.

Democratic Rep. Debbie Mucarsel-Powell of Florida, who was expected to win re-election, cried as she spoke and mentioned how people can't pronounce her name and then told her colleagues to stop being negative on Twitter, a Washington Post reporter tweeted.