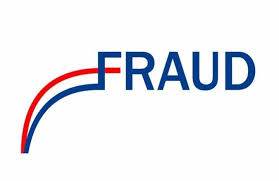 Anyone saying that what is happening right now in Georgia, Pennsylvania, Michigan etc. is not a conscious effort to rig an election is either a victim of propaganda or being willfully obtuse.

Because they told us this is what would happen. Through the Transition Integrity Project and bread crumbs left throughout the campaign, we knew it would come to this.

For weeks I've been saying I hope Trump's performance is strong enough and his coattails long enough to preclude the Democrats and The Davos Crowd from trying to pull off the theft of the election.

That they would see the magnitude of the problem in front of them and be stopped short by little things like math.

And then realize that even if they did try and cheat it would be so transparent that nothing good for them would be gained by it. But they didn't listen.

Trump almost pulled it off. His numbers across the board were excellent, stunning even given everything that's happened.

He may yet pull this out and I support any and all efforts to do so, but it is looking quite grim today.