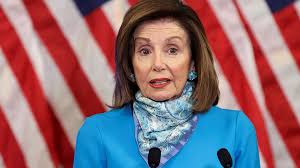 In a letter seeking support from fellow Democrats, Pelosi - who has led the Caucus since 2003 - acknowledged anger directed towards her from various factions within the party, noting the "diverse viewpoints of our Democratic Caucus," but warning of "the urgency of the challenges ahead." Pelosi says she'll be contacting members individually to "get the benefit of your thinking fresh from your campaign trail," according to The Hill.

"Our Caucus is blessed with many diverse and entrepreneurial perspectives," she added.

Pelosi's letter comes on the heels of a heated Caucus phone call on Thursday, during which livid Democrats excoriated the party's support for far-left policies such as 'defund the police.'

According to AP's Erica Werner, Virginia Rep. Abigail Spanberger was reportedly the most vocal - reportedly complaining that "we lost races we shouldn't have lost. Defund police almost cost me my race because of an attack ad. Don't say socialism ever again," yelling that the party needs to "get back to basics."

But Pelosi largely focused on the Democrats' legislative plans for the next Congress, promising to move quickly — with the help of a potential President Joe Biden — on efforts to tackle climate change, boost health care access, launch a massive infrastructure initiative, provide coronavirus relief and reform the election system, which has come under fire this year for inefficiencies exposed by the pandemic.

There appears to be no threat to Pelosi's bid to retain the gavel.