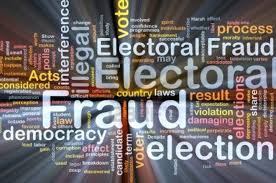 (Natural News) An incredible miracle for the Democrats has occurred in Milwaukee, Wisc., where seven wards are reporting vote totals that exceed the total number of registered voters.

Wards 234, 269, 272, 273, 274, 277, and 312 all inexplicably saw voter turnout that exceeded the total number of registered voters, while dozens upon dozens of others saw near-100 percent voter turnout, a highly improbable and clearly fraudulent phenomenon.

An analysis of the official results provided by the Wisconsin Secretary of State reveals that most of the obvious fraud took place on the far southwest side of Milwaukee. The rest was scattered throughout the city, which delayed reporting its vote tallies until most Americans were already long asleep.

The outlet further revealed that of the city's 327 total voting wards, 90 of them reported turnout of greater than 90 percent. Another 201 supposedly saw voter turnout that exceeded 80 percent.