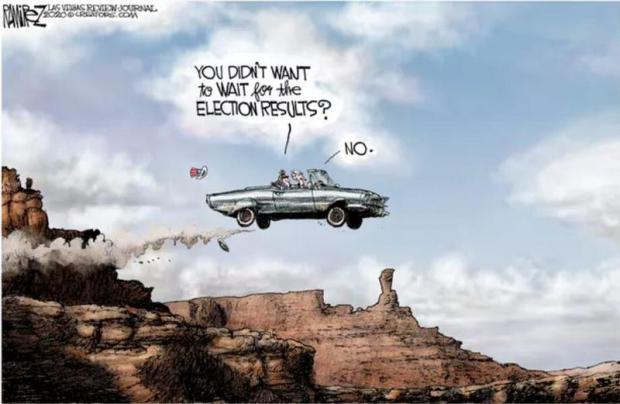 At the time of writing, just one major battleground states have been called, Florida for Trump. Biden looks set to win Arizona. The President has held on to Texas. While we wait for news from Georgia, North Carolina, Michigan, Wisconsin and Pennsylvania, here are five thoughts based on what we know so far.

1. Trumpism has not been vanquished

Those horrified by more or less everything about Donald Trump wanted to do more than make him a one-term president. They wanted irrefutable evidence that 2016 was a fluke, that Trump was an aberration who could swiftly be forgotten and and that the shortcomings of Donald Trump were self-evident to the overwhelming majority of voters. Even if every remaining swing state goes blue, that is not what they will get in 2020.

Given the president's approval ratings, and the fact that the election is being conducted in the middle of a pandemic, Democrats cannot claim an especially wide-ranging mandate from this election if they win. If Trump wins, then the Democratic post-mortem must to be unsparing.