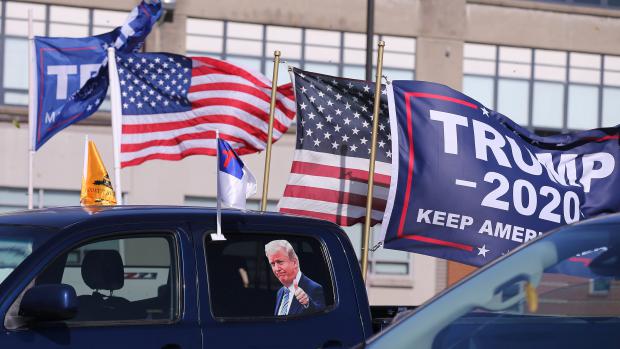 Videos surfaced on Twitter Sunday afternoon of what appears to be hundreds of vehicles, could be a lot more, of Trump supporters shutting down a stretch of Garden State Parkway in New Jersey.

One Trump supporter could be heard saying: "We shut it down."

Around noon, it appears one stretch of the Garden State Parkway was in gridlock,

One Twitter user said: "whoever organized the trump parade on the garden state parkway, f**k you man, now i'm late to work."

whoever organized the trump parade on the garden state parkway, fuck you man, now i'm late to work pic.twitter.com/LCvLo4Ispe

Someone said the traffic jam is "miles long."

Many of the president's supporters' vehicles had flags that read "Trump 2020."

Ironically, some Trump supporters have previously complained about radical leftists shutting down highways; so it seems, no matter the political affiliation, shutting down roads and cities to make a political point appears to be a way to be heard.