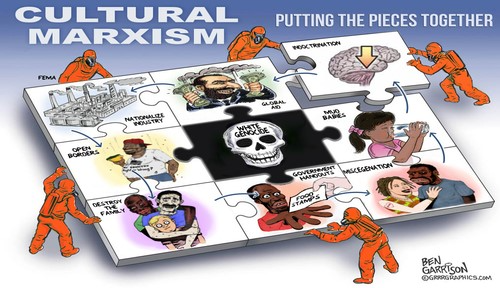 You may have heard the terms "Cultural Marxism," "Critical Theory" or "Frankfurt School" bandied about. And while you might have an intuitive approximation of what these terms mean for America in the 21st century, there's a good chance that you don't know much about the deep theory, where the ideology comes from and what it has planned for America – and the world.

The underlying theory here is a variant of Marxism, pioneered by early-20th-century Italian Marxist politician and linguist Antonio Gramsci. Gramscian Marxism is a radical departure from Classical Marxism. One does not need to endorse the Classical Marxism of Marx, Engels and others to appreciate the significant differences between the two. He is easily the most influential thinker that you have never heard of.

Marx's original idea was that Communism was a historical inevitability, an evolutionary transition that would lead to a bottom-up eruption of revolutionary violence sparked by the Proletariat's frustration and fury over having been used and abused by the Bourgeoisie for long enough that "the revolutionary subject" (Marx's term for the broad working class) would overthrow capitalism and usher in socialism.

Gramsci, on the other hand, held that such a revolution was unlikely—particularly in the West, where general prosperity and the lassitude of relative contentment would tend to dull the working class' passion for any bloody, bothersome overthrow. Instead, in successful Western nations a Marxist state was far more likely to be brought into being through a slow, patient process of incrementalist takeover of the cultural institutions—the arts, entertainment, and news media, and most especially the schools and universiti