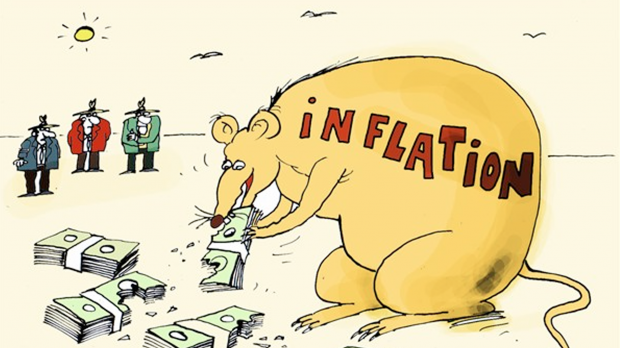 While it seems logical, the reality will be quite different as weak economic growth rates force the Fed to monetize the entirety of future debt issuances.

The Inflation Premise
To fully explain why the Fed is now trapped, we must start with the inflation premise. The consensus expectation is the massive increases in monetary stimulus will spark inflationary pressures. Using the money supply as a proxy, we can compare the money supply changes to inflation.

Such has not been the case since 1990 as the byproduct of the money supply, known as "monetary velocity," has been non-existent. As discussed previously:

In each monetary policy intervention, the velocity of money has slowed along with the breadth and strength of economic activity."

This article is language being used to confound the thinking of all people. When you sign the promissory note, you have created money. After all, the banker won't accept the note until you sign it. After you sign it, he makes a ledger entry showing new money coming into existence. Then he withdraws that money, and gives it to you in the form of a bank check or cash. --- One of two things happened. Either you loaned him the money and he paid you back, or you prepaid your loan. Either way, the whole transaction was complete at the time you got your cash/bank-check. When you repay the loan with interest over the years, you are enriching the bank with something that they don't deserve. --- It's always been this way. All the people who died or lost property over debt, simply didn't know how to respond to the lying bankers in court. See https://duckduckgo.com/?q=tom+schauf+bank+freedom&ia=web.