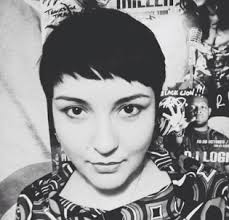 Already widely debunked, including by no less than Special Counsel Robert Mueller who the Steele dossier advocates put all their hopes in only for their delusion to eventually be shattered, a key source for many of its claims has been revealed by The Wall Street Journal to be a disgruntled Russian PR executive living in Cyprus.

40-year old Olga Galkina "stood as the dossier's most important contributor," WSJ reported, after she was tapped by her old school friend and Steele's employee, Igor Danchenko, to dig up dirt of Trump's dealings in Russia using the "vast network of people" from her various jobs in and out of the public sector.

Described as a public-relations executive, she "fed notes" to Danchenko for the dossier, including many of its most central claims. And of course behind all of this was British spy Christopher Steele, himself paid by Fusion GPS, and behind this the DNC itself.

They knew each other since the 8th grade in Perm, as the WSJ details:

Mr. Danchenko told the FBI that a school friend, referred to in heavily redacted FBI notes as "Source 3," had provided him with information for Mr. Steele "across a wide range of topics," and stood as the dossier's most important contributor. The former high-ranking U.S. national-security official told The Wall Street Journal that the source in question was Ms. Galkina.

So the Steele Dossier that kicked off 4 years of Russiagate hysteria among the US ruling class was cooked up by two Russian alcoholics from Perm. "Gogolesque" does not begin to describe the grotesque credulity & stupidity of the American elites.https://t.co/LynUT8KLWx