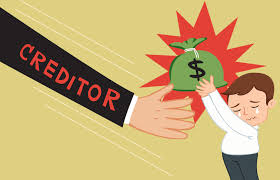 While there were many reasons for that, three stood out: i) the disconnect between fundamentals and asset prices thanks to the Fed's constant manipulation of markets, ii) the record layering of debt upon debt, much of it secured, and iii) the years of covenant-lite deals that stripped most if not all creditor protections over the past decade (something which as we noted recently has resulted in bitter creditor fights and a "civil war" involving some of the most prominent names in investing).

Fast forward to today when Bloomberg picks up on what we said almost five years ago, and in "Bond Defaults Deliver 99% Losses in New Era of U.S. Bankruptcies" writes that more and more, bondholders are fighting over recoveries as low as 1 cent. The story should be familiar as we have discussed in constantly in recent months: in a post-covid world, where bankruptcy filings are surging, many lenders are coming to the realization that their claims are almost completely worthless, just as we warned would happen in 2016.

Instead of recouping, say, 40 cents for every dollar owed, as has been the norm for years, unsecured creditors now face the unenviable prospect of walking away with just pennies -- if that.

Several stark examples of this epic collapse in recoveries is the current price of a handful of retailers' bonds. Men's Wearhouse, which filed in August, traded this month for less than 2 cents on the dollar. When J.C. Penney Co. went bankrupt, an auction held for holders of default protection found the retailer's lowest-priced debt was worth just 0.125 cents on the dollar. For Neiman Marcus that figure was 3 cents. Indeed, as the following chart of median CDS auctions finds record low recoveries for bondholders (which of course is great news for all those who bought the CDS).

According to Barclays, the median value for companies' cheapest debt in credit derivatives auctions this year is just 3.5 cents on the dollar, a record low and far below the 23.4 cent median for 2005 through 2019. It also confirms our warning that record low recoveries for bondholders are now the norm.