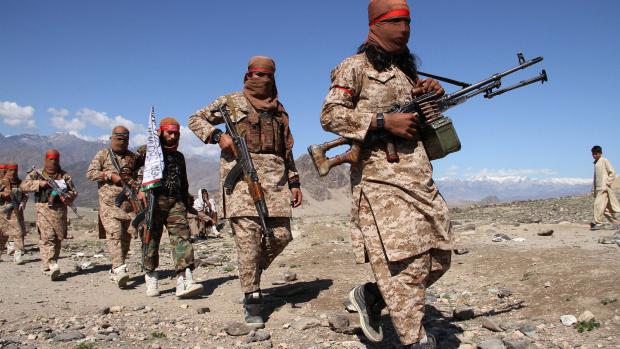 Nearly two decades following 9/11 and the initial invasion of Afghanistan which ostensibly had as its objective the removal and destruction of the hardline Islamist Taliban government, the United States military is providing covert support to the same "outlawed" Taliban with the latest aim of booting ISIS from the country.

A report in The Washington Post on Thursday details that this secret assistance focuses on the Pentagon providing air power to the Taliban as the group wars against against ISIS in Afghanistan's northeastern Kunar Province.

That's right, the very terrorist group that for years has waged a campaign to kill and maim large numbers of American troops in Afghanistan (not to mention many thousands of local civilians) is now being covered by US air power.

The Post's reporting is sourced to members of the elite Joint Special Operations Command counterterrorism task force based at Bagram air base, who say the strikes are helping the Taliban gain ground against ISIS, seen as the greater and more immediate US nemesis, despite as recently as earlier this year the US being engaged in major bombing operations on the Taliban.

Here are some of the shocking details as reported in The Washington Post:

Army Sgt. 1st Class Steve Frye was stuck on base last summer in Afghanistan, bored and fiddling around on a military network, when he came across live video footage of a battle in the Korengal Valley, where he had first seen combat 13 years earlier. It was infamous terrain, where at least 40 U.S. troops had died over the years, including some of Frye's friends. Watching the Reaper drone footage closely, he saw that no American forces were involved in the fighting, and none from the Afghan government. Instead, the Taliban and the Islamic State were duking it out...