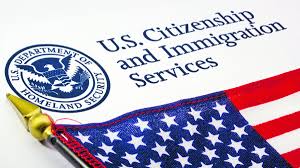 As a result of Trump's policy, there are some 500 children in U.S. custody whose parents now cannot be found.

Despite their crocodile tears and their expressions of outrage over this horrific outcome, Democrats fail to realize that they are as responsible for what has happened to these families as Trump and his immigration gendarmes are.

In fact, all proponents of America's system of immigration controls are responsible for this dark phenomenon.

Once government is delegated the power to control immigration, then it is natural that government is going to exercise that power. That means enforcement. And enforcement involves the initiation of force against innocent people.

Who decides how a socialist system — and that is precisely what a system of immigration controls is — is going to be enforced? Why, the regime in power of course. It's the height of disingenuousness to exclaim, "But when I supported giving the government the power to control immigration, I thought the president would exercise such power in angelic, benevolent, and God-like ways." Once a power is delegated to government, one has to assume that it is going to be enforced by some regime in vicious, horrific, malevolent ways.