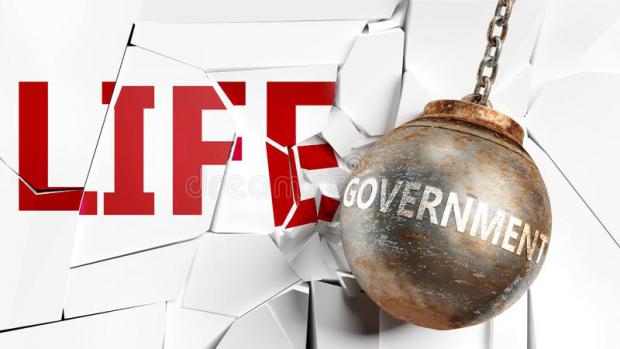 All good things must come to an end. Whether societies are ruled by ruthless dictators or more well-meaning representatives, they fall apart in time, with different degrees of severity. In a new paper, anthropologists examined a broad, global sample of 30 pre-modern societies. They found that when "good" governments–ones that provided goods and services for their people and did not starkly concentrate wealth and power–fell apart, they broke down more intensely than collapsing despotic regimes. And the researchers found a common thread in the collapse of good governments: leaders who undermined and broke from upholding core societal principles, morals, and ideals.

"Pre-modern states were not that different from modern ones. Some pre-modern states had good governance and weren't that different from what we see in some democratic countries today," says Gary Feinman, the MacArthur curator of anthropology at Chicago's Field Museum and one of the authors of a new study in Frontiers in Political Science. "The states that had good governance, although they may have been able to sustain themselves slightly longer than autocratic-run ones, tended to collapse more thoroughly, more severely."

"We noted the potential for failure caused by an internal factor that might have been manageable if properly anticipated," says Richard Blanton, a professor emeritus of anthropology at Purdue University and the study's lead author. "We refer to an inexplicable failure of the principal leadership to uphold values and norms that had long guided the actions of previous leaders, followed by a subsequent loss of citizen confidence in the leadership and government and collapse."

In their study, Blanton, Feinman, and their colleagues took an in-depth look at the governments of four societies: the Roman Empire, China's Ming Dynasty, India's Mughal Empire, and the Venetian Republic. These societies flourished hundreds (or in ancient Rome's case, thousands) of years ago, and they had comparatively more equitable distributions of power and wealth than many of the other cases examined, although they looked different from what we consider "good governments" today as they did not have popular elections.