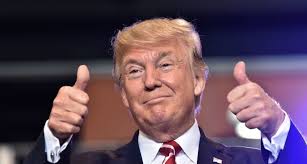 The campaign not only raised 30 percent more online, but they reactivated 20 percent more past donors than previous debates, they said in a release to reporters.

"In the final days of 2016 we saw a surge in online donations which preceded a rise in public polling, leading directly to victory," said Gary Coby, Trump 2020 digital director. "That surge is here again — triple in size and a week earlier than in 2016!"

Trump even told voters during the debate that he did not need any more money to beat former Vice President Joe Biden.

"We don't need money. We have plenty of money. In fact, we beat Hillary Clinton with a tiny fraction of the money that she was able to raise," the president said.