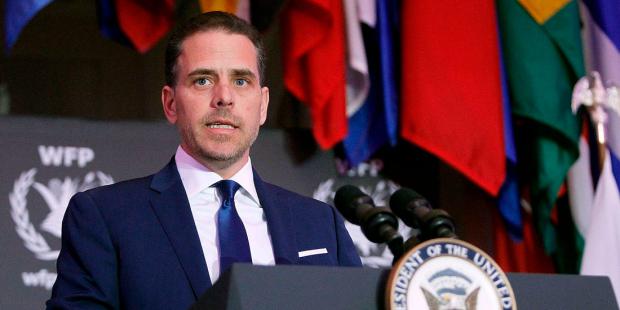 So I'm sending them another column next week, and just publishing this one here. Enjoy! This is as filed, with no editing from USAT.

In my 2019 book, The Social Media Upheaval, I warned that the Big Tech companies — especially social media giants like Facebook and Twitter — had grown into powerful monopolists, who were using their power over the national conversation to not only sell ads, but also to promote a political agenda.

That was pretty obvious last year, but it was even more obvious last week, when Facebook and Twitter tried to black out the New York Post's blockbuster report about emails found on a laptop abandoned by Democratic presidential candidate Joe Biden's son Hunter.

The emails, some of which have been confirmed as genuine with their recipients, show substantial evidence that Hunter Biden used his position as Vice President Joe Biden's son to extract substantial payments from "clients" in other countries. There are also photos of Hunter with a crack pipe, and engaging in various other unsavory activities. And they demolished the elder Biden's claim that he never discussed business with his son.

But the way you debate whether a story is accurate or not is by debating. (In the case of the Rather memos, it turned out the font was from Microsoft Word, which of course didn't exist back during the Vietnam War era.) Big Tech could have tried an approach that fostered such a debate. But instead of debate, they went for a blackout: Both services actually blocked links to the New York Post story. That's right: They blocked readers from discussing a major news story by a major paper, one so old that it was founded by none other than Alexander Hamilton.