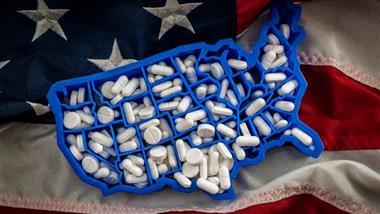 If you're like most people, you probably assume that the U.S. Food and Drug Administration is funded by the U.S. government and therefore isn't catering to private industries.

The agency itself certainly tries to present itself as independent from the industries it regulates but, in reality, legal loopholes have led to the FDA receiving money from, and being captured and corrupted by, private interests.

While the FDA itself does not accept corporate money, it does receive money funneled via a nonprofit foundation, which in turn receives money from other nonprofits funded by private interests. It's really all a façade because the end result is the same. Those donating the money ultimately end up with the ability to pull strings, when needed.

As explained by NPR1 back in 2012, the Reagan-Udall Foundation is a nonprofit foundation created by Congress in 2007 to support scientific research that is of interest to the FDA. According to NPR:2

"The idea was that this foundation could do things the FDA can't. It would raise money from private sources, fund research in areas where the FDA lacks expertise, and organize collaborations involving industry, patient groups and academia."

As explained in a 2008 article3 in the Journal of the National Cancer Institute, the creation of the Reagan-Udall Foundation was part of a larger plan to establish a private-public partnership to facilitate the Critical Path Initiative.