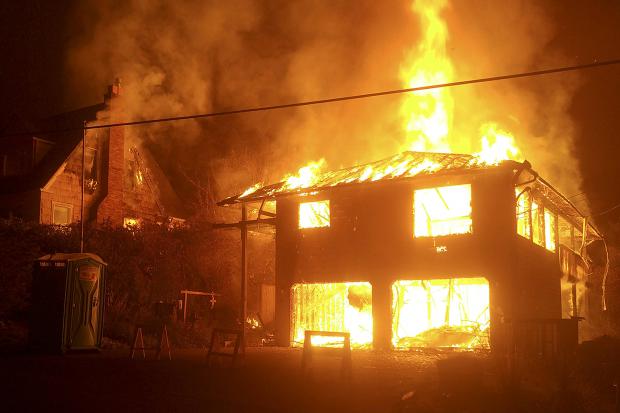 The homeowners who received the threatening letters displayed Trump 2020 signs on their yards. [Let's think strategic. Is it possible that threats such as this are designed, not to win votes for Biden but for Trump? If martial law is the end game for the Deep State, and if riots are needed to justify martial law, then a Trump victory is the only way to make rioting plausible. If Biden were to win the election, Trump Supporters would not riot. However, if Trump should win, the Communist Left will unleash massive terror in the streets, which would be the signal for Trump to declare martial law "to save America", and his supporters would embrace it with enthusiasm. The perfect ploy – and the end of liberty with virtually no dissenting voice.] -GEG

Police in Milford, New Hampshire, said they're working to track down the culprits who mailed the letters to several Trump supporters in the small town, while cops in nearby Brookline reported that at least two residents there have also gotten the threatening correspondence, WMUR-TV reported.

"I was kind of quite shocked that anyone would send a letter out with that type of threat," Brookline Police Chief Bill Quigley told the outlet.