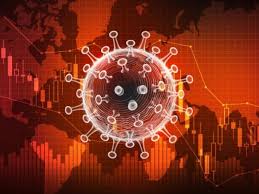 At this point, it would be a complete shock if we didn't go into another lockdown.  Be ready, because the predictive programming is there once again.

With more than 40 million reported cases globally and 1.1 million deaths, the pandemic shows no sign of slowing down. In Ireland, a lockdown has been reimposed, as other pockets of Europe weigh similar restrictions again.

In the U.S., more than 8.2 million cases and more than 220,000 deaths have been reported to-date. While the rate of deaths has slowed, there is still a concern for some of the most vulnerable populations, where increasingly asymptomatic cases are being reported. Meanwhile, the case count has already hit more than 60,000 daily, with all regions of the country affected. –Yahoo

Dr. Leo Nissola, an immunotherapy scientist at Parker Institute in San Francisco, told Yahoo Finance: "Things are not looking pretty. The most difficult phase of the epidemic is ahead of us," he said.

Axios reported that the "third wave is gaining steam." The outlet further reported that high positivity rates indicate a worsening outbreak, and put together with the rise in cases and hospitalizations across the country, suggest that the U.S. is in bad shape. The big picture then, according to MSM, is that the virus is spreading throughout the U.S. It's not concentrated in any one region, as it was during the previous waves.