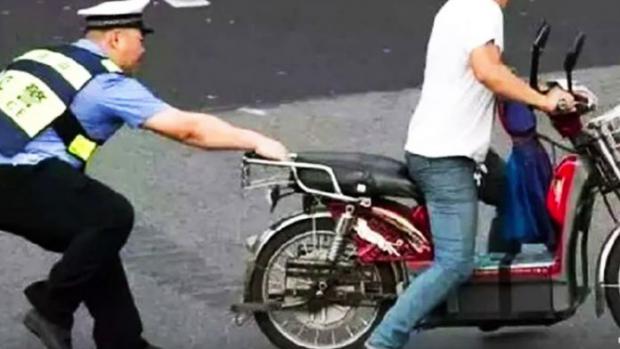 Motorcycle helmet laws are an instance of the inch given – that will lead to the mile taken.

The inch is acceptance of the argument that it's legitimate to force a motorcycle rider to wear a helmet because it decreases his risk of serious injury or death if he wrecks.

Having accepted that, why not just forbid him to ride the thing at all?

Isn't the argument essentially the same? The haggle is over degree. Having ceded the argument in principle, it becomes harder over time to defend against further demands and restrictions until the day dawns when someone makes the final argument – outlaw motorcycles altogether. Precedent and practice make it almost inevitable that this day will come.

And so it has.

The British Motorcycle Federation – a kind of two-wheeled AAA – recently published an expose about an eyes-only White Paper called Local Transport Connectivity Plan 5 (LTCP5) produced for internal discussion by Oxfordshire bureaucrats. Within the many pages of obfuscatory and pedantic government-ese was found the statement that "motorcyclists are a danger to themselves" and also that "motorcycles substantially lag behind the car industry in creating less polluting, smaller engines and electric bikes have been slow to the market."