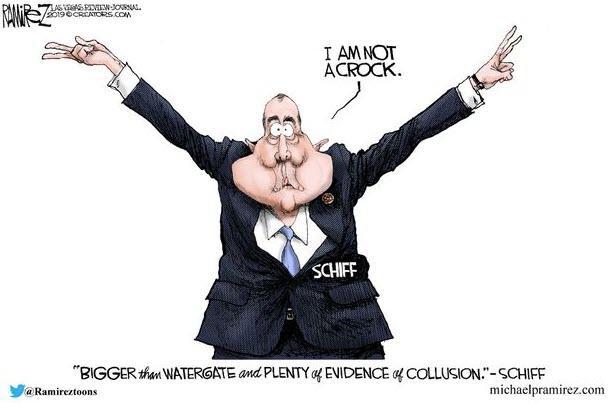 Just a day after more than 50 former senior intelligence officials signed on to a letter declaring that the recent disclosure of emails from the Hunter Biden laptop is likely Russian disinformation, the FBI reportedly confirmed that the material does not appear to be Russian disinformation. While former officials like John Brennan insisted that the story "has all the classic earmarks of a Russian information operation," the FBI appears to have found no such evidence thus far.

This followed a similar conclusion from the Director of National Intelligence in response to House Intelligence Committee Chair Adam Schiff saying that the story was pure Russian disinformation.

The question is whether Twitter and Facebook will now bar access to Schiff's statements pending further review since the actual intelligence agencies are suggesting that this could be democratic disinformation.

After all, a former Twitter executive is calling for President Trump to be barred from all social media until after the election to prevent "misinformation."

The burden of being a free speech advocate is the the answer is clearly no. Those, like Schiff, who have called for censoring material on the Internet still should benefit from the protections of free speech.

From a free speech perspective, it does not matter if the Schiff statement and the letter have "all the classic earmarks of a [Democratic] information operation," we all benefit from a free and robust discussion of such issues. We do not need these companies to censor or inhibit stories to protect us from misinformation.

The letter itself is striking not only in its sweeping conclusion (without actually reviewing the laptop or the emails), but it signatories. This includes some of those who have been associated with the Russian investigation of the Trump campaign, which was based in part on the Steele dossier. That dossier, funded by the Clinton campaign, was recently found to have been based on information supplied by a known Russian agent.