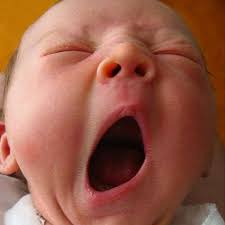 Donald Trump said Tuesday during a rally in Erie, Pennsylvania that politics would be 'boring' without him as he argued  why not to vote for Joe Biden

'Nobody's going to be interested in politics anymore,' Trump said in reference to the outcome if Democratic nominee Joe Biden wins on November 3

'If you want depression, doom and despair, vote for Sleepy Joe. And boredom,' the president continued

He also blamed 2016 Democratic rival Hillary Clinton for a technical difficulty, when the president's mic cut out for a few seconds

'I wonder who did that to our mic,' Trump quipped. 'I don't believe it was Joe. You know who it was, Crooked Hillary. I think it was probably Crooked Hillary'

Donald Trump boasted that he makes politics exciting as he urged voters Tuesday not to cast their ballot for Democratic nominee Joe Biden because he is 'boring.'

'This is an election between a Trump super recovery and a Biden depression,' the president told thousands of his supporters gathered for an outdoor rally in Erie, Pennsylvania. 'You will have a depression the likes of which you have never seen.'

'If you want depression, doom and despair, vote for Sleepy Joe. And boredom,' Trump continued.