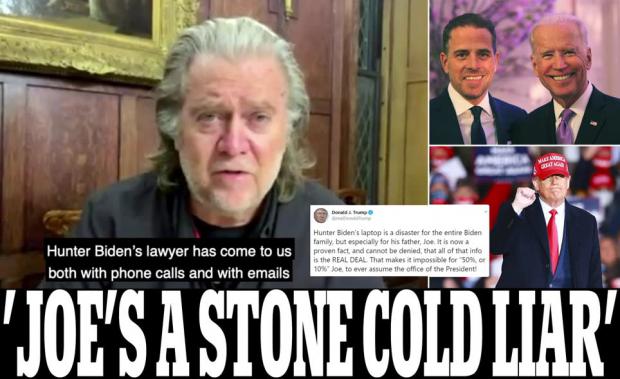 -'Joe Biden has lied about this for years,' the former White House strategist said

-'You're not going to see the end of Donald Trump,' he said