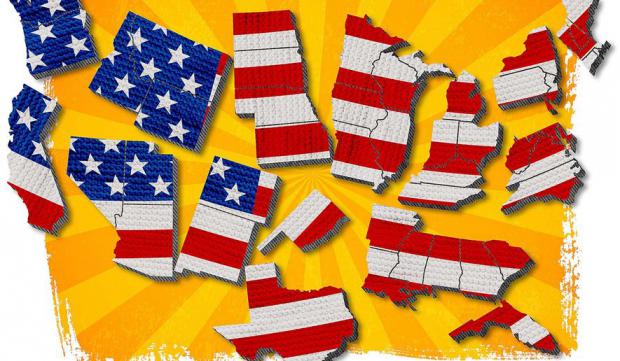 No matter who wins, it is likely the losing side will regard the winning side as having obtained its win using dirty tricks, foreign meddling, or through relentless propaganda offered up by a heavily biased and one-sided news media.

And if about half the country regards the winning president as illegitimate, where does one go from there?

The survey data isn't exactly calming on this issue. As reported by Politico last week, the percentage of Americans who believe it is justified to use violence to "advance political goals" has quadrupled since 2017, for both Republicans and Democrats.

After all, political invective has reached a fever pitch since Hillary Clinton declared that a sizable portion of the United States population constituted a "basket of deplorables." Perhaps not since the 1870s and 1880s—when Catholics, Southerners, and Irish (all core constituents of the Democratic Party) were denounced by Republicans as spies, traitors, and drunks—has half the country so despised the other half. As early as 2017, when asked of the chances of another civil war in the United States,  about one-third of foreign policy scholars polled said it was likely.

Perhaps, then, it is not shocking that we are now seeing articles even in mainstream publications suggesting that maybe, just maybe, the United States can't continue in its present form. Moreover, the view is now increasingly being promoted by writers and ideologues outside the usual conservative and libertarian groups that have long advocated in favor of decentralization and local control.

On September 18, for example, Steve Chapman in the Chicago Tribune asked: "Can the United States survive this election?" For the past century, the answer given by most any mainstream journalist would have been a decisive yes. The usual narrative has long been this: "Of course America will endure for centuries to come! We Americans are masters of compromise. We'll all soon realize we are all in this together and come together in unity!"