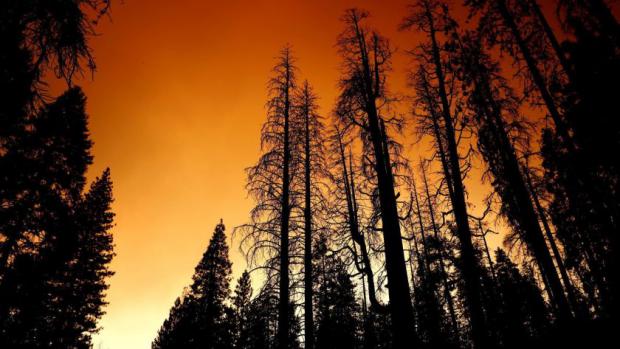 California is now turning to wildfires that have made their way through 4.1 million acres in the state to lay blame as to the state's worsening financial state. The fires have cost just $1.1 billion to battle over the last three years, a relatively small sum for such a large state, according to Bloomberg.

But, with the pandemic throwing a true wrench into the gears of the state's economy - and the state's residents leaving at an alarming clip - the state needs to blame its $54 billion hole in its budget on something.

Scott Anderson, Bank of the West's chief economist, said: "Policy action in the next one to five years would be optimal, and probably sooner rather than later to move the economy in the right direction. Otherwise we're going to be facing a pretty bleak economic future here in California."

Anderson says the reversal of fortune for the state's finances should be a "wake up call" about the impacts of climate change. We wonder if he's ever heard of less government spending.

He also predicts the fires, coupled with Covid, will push the state's unemployment rate to 10.4% this year and 8.8% in 2021. Those numbers are higher than the current forecasts of 8.4% and 6.9%. He said the trend of people leaving the state could be "more prolonged" than in the last recession.

Patricia Healy, senior vice president of research at Cumberland Advisors, said that the wildfires: "may have inhabitants, insurers, and government questioning the viability of living there and continually rebuilding." She also thinks the rise in "work from home" as a result of Covid will drive people out of the state.