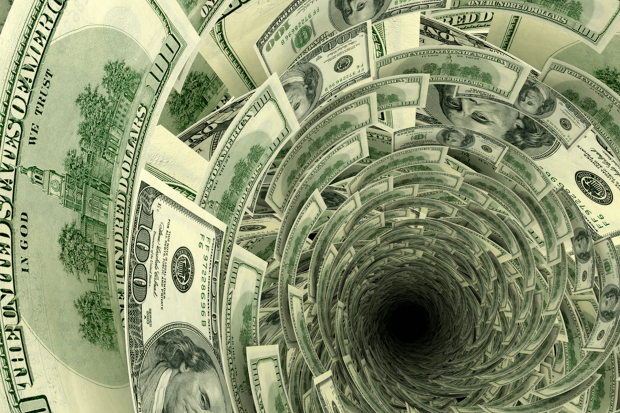 It ends when the state's fiat currency is finally worthless. It is an evolving crisis, not just a climactic event.

This article defines hyperinflation in simple terms, making it clear that most, if not all governments have already committed their unbacked currencies to destruction by hyperinflation. The evidence is now becoming plain to see.

The phenomenon is driven by the excess of government spending over tax receipts, which has already spiralled out of control in the US and elsewhere. The first round of the coronavirus has only served to make the problem more obvious to those who had already understood that the expansionary phase of the bank credit cycle was coming to an end, and by combining with the economic consequences of the trade tariff war between China and America we are condemned to a repeat of the conditions that led to the Wall Street crash of 1929—32.

For economic historians these should be statements of the obvious. The fact is that the tax base, which is quantified by GDP, when measured by the true rate of the dollar's loss of purchasing power and confirmed by the accelerated rate of increase in broad money over the last ten years has been declining sharply in real terms while government spending commitments continue to rise.

In this article it is documented for the dollar,but the same hyperinflationary dynamics affect nearly all other fiat currencies.