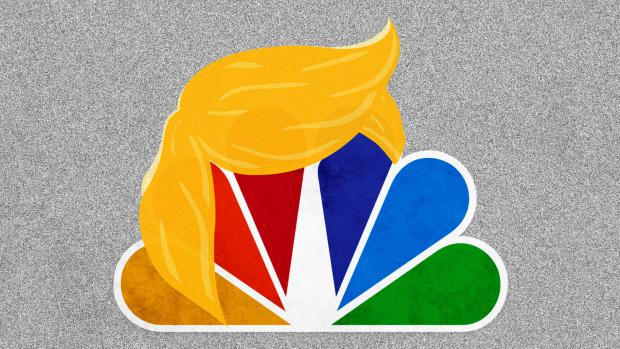 More than 100 writers, actors, directors and producers are speaking out against NBC's plan to air a town hall with President Donald Trump tonight at 8 PM directly opposite the Joe Biden town hall on ABC.

Originally, the second Presidential debate was scheduled for tonight. Trump refused to participate when the Presidential Debate Commission switched to a virtual format following the President's coronavirus diagnosis. ABC quickly slated a Joe Biden town hall in the same slot. After lengthy negotiations, NBC, which made Trump a TV star with The Apprentice, booked him for a town hall airing at exactly the same time, a scheduling decision that has drawn wide criticism and sent #BoycottNBC trending.

"By agreeing to air his town hall as counterprogramming opposite Vice President Biden's town hall on ABC, you are enabling the President's bad behavior while undercutting the Presidential Debate Commission and doing a disservice to the American public," the open letter said. "We believe this kind of indifference to the norms and rules of our democracy are what have brought our country to this perilous state."