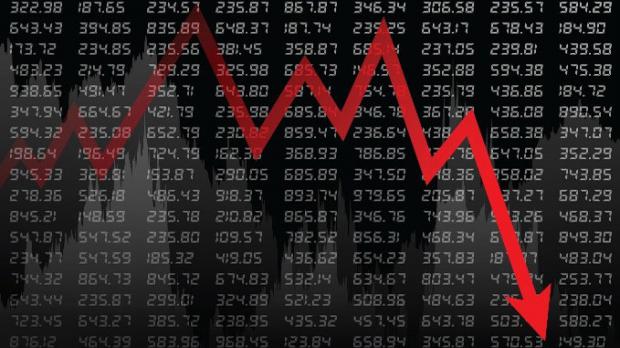 What is a depression?

We're now at the tail end of a very long, but in many ways a very weak and artificial, economic expansion. At the same time we've had one of the strongest securities bull markets in history. Both are the result of trillions of new dollars created over the last decade. Right now very few people are willing to consider the possibility of tough times—let alone The Greater Depression.

But, perverse though it may seem, this is the very best time to think about it. The U.S. economy is a house of cards, built on quicksand, with a tsunami on the way. I urge everyone to read up on the topic. For now, I'll only briefly touch on the nature of depressions. There are at least three good definitions of the term:

1. A period of time when most people's standard of living drops significantly.

2. A period of time when distortions and misallocations of capital are liquidated.

3. A period of time when the business cycle climaxes.

Using the first definition, any natural disaster can cause a depression. So can living above your means for long enough. But the worst kind of depression has not just economic effects, but economic causes. That's where definitions 2 and 3 come in.

What can cause distortions in the way the market operates, causing people to do things they'd otherwise consider unreasonable or uneconomic? Only government action, i.e., coercion. This takes the form of regulation, taxes, and currency inflation.

Always under noble pretexts, government is constantly directly and indirectly inducing people to buy and sell things they otherwise wouldn't, to do things they'd prefer not to, and to invest in things that make no sense.

These misallocations of capital subtly reduce a society's general standard of living, but the serious trouble happens when such misallocations build up to an unsustainable degree and reality forces them into liquidation. The result is bankrupted companies, defaulted debt, and unemployed workers.

The business cycle is caused mainly by currency inflation, which is accomplished today by the monetization of government debt through the banking system; essentially, when the government runs a deficit, the Federal Reserve buys its debt, and credits the government's account at a commercial bank with dollars. Using the printing press to create new money is largely passé in today's electronic world.