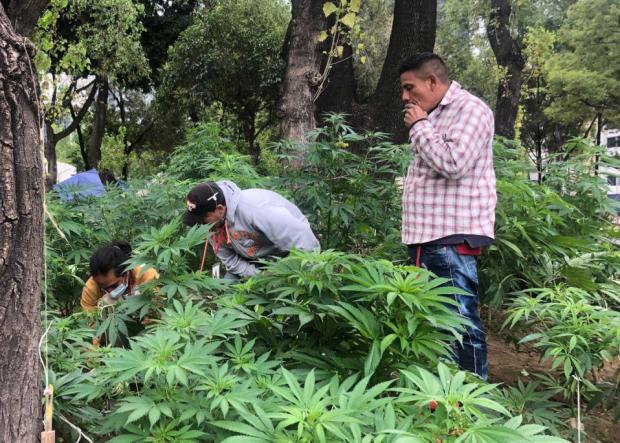 Each day, hundreds of people stroll amid a labyrinth of towering green plants, freely lighting joints and getting high.

Their wafting smoke is meant to serve as a reminder to senators, who have to walk through the plumes to get to work. Lawmakers have until Dec. 15 to pass pot legislation under orders from the Supreme Court, which two years ago struck down a marijuana ban as unconstitutional.

After decades of restrictive drug policies that fueled deadly cartel wars, Mexico is poised to become the biggest legal cannabis market in the world.

"You have a broad spectrum of people who want to be involved," said Avis Bulbulyan, a Glendale-based consultant who has advised several U.S. weed companies looking to expand to Mexico. "The question becomes: 'Who gets to profit off this?'"

A bill that would allow private companies to sell marijuana to the public is likely to pass in the Senate within two weeks and then go to the lower house of Congress, said Senate leader Ricardo Monreal.