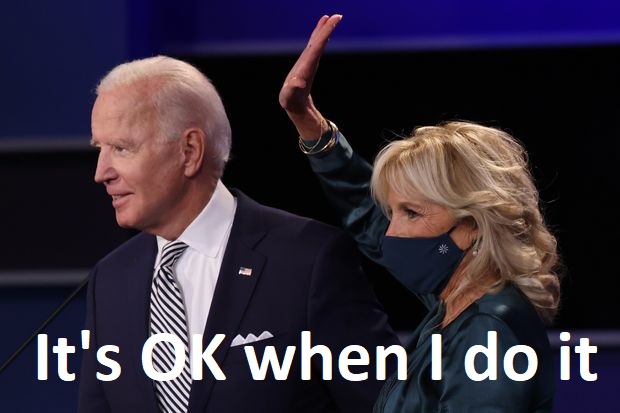 (Natural News) Democratic presidential candidate Joe Biden and his wife Jill managed to dodge tax payments by setting up two S-corporations. The Bidens funneled their income — worth millions of dollars — through these corporations to avoid paying income, Social Security and Medicare taxes.

An op-ed piece by Juniper Research Group CEO Chris Jacobs, published in The Wall Street Journal, explained how the Bidens managed to circumvent huge taxes. Tax returns obtained by the paper showed that the Biden couple earned about $13.3 million from book royalties and speaking fees in 2017 and 2018. This income was then declared as profits from CelticCapri Corp. and Giacoppa Corp., the two S-corporations they set up, Jacobs said.

While the Bidens did receive "salaries" from their two corporations amounting to nearly $750,000 — and they paid full taxes on that amount — it was only a drop in the bucket compared to the payroll tax for the remaining 95 percent of their total income received as tax-free distributions.

Tax Policy Center senior fellow Steve Rosenthal called the Bidens' move to classify their earnings from their consultancy and public speaking stints as profits "pretty aggressive" in a report from last year.

How did the Bidens use S-corporations to avoid paying huge taxes?

S-corporations pay employee shareholders in two ways – wages and distributions. Business owners who receive a salary from the company's income need to pay a 15.3 percent self-employment tax for Social Security and Medicare.

Meanwhile, a distribution can be any amount reflecting the employee shareholder's investment. Distributions are exempted from the 15.3 percent tax and are counted as the employee's share of the corporation's income.

The Bidens used this loophole to their advantage: The $750,000 they received as wages from their two S-corporations was still subject to tax, but the rest of their $13.3 million income was given out as tax-free distributions. The Bidens received reasonable compensation, alongside the rest of their income given out as distribution — which allowed them to skirt a larger income tax payment.