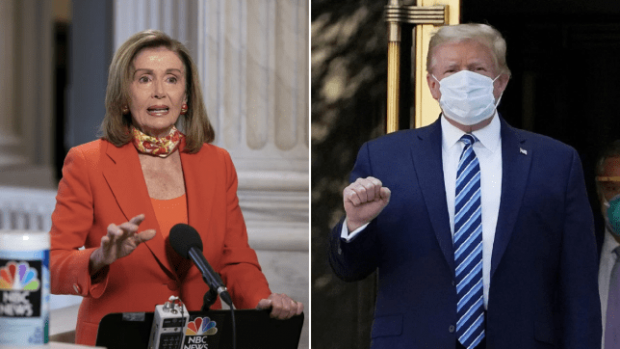 But she's no longer talking about Democratic presidential candidate Joe Biden beating Trump in the election.

She's not interested in a second impeachment trial, either.

Pelosi says she's meeting with Democratic leaders to discuss envoking the 25th Amendment and having Trump removed from the presidency, citing his health.

If the president "is unable to discharge the powers and duties of his office" because of illness, death, or disability, the 25th Amendment would allow Vice President Mike Pence to be sworn into presidency.

Pelosi has questioned Trump's health and well-being, and wants to know how long he's had the coronavirus.

"I think that the public needs to know the health condition of the President," Pelosi said. "There's one question that he refused to answer … when was his last negative test?"

Pelosi said American people need to "make a judgment about the actions that were taken after" Trump's positive test.

"Let us see a date, a time when you last tested negative," she said.