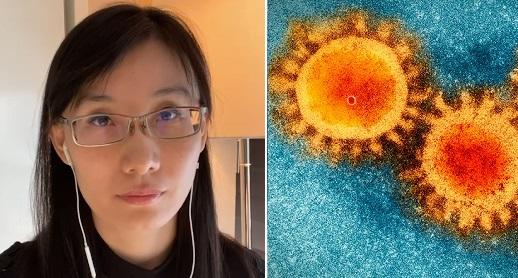 Li-Meng Yan, A Chinese virologist (MD, PhD) who worked in a WHO reference lab and fled her position at the University of Hong Kong, has published a second co-authored report, alleging that SARS-CoV-2, the virus which causes COVID-19, was not only created in a Wuhan lab, it's an "unrestricted bioweapon" which was intentionally released.

"We used biological evidence and in-depth analyses to show that SARS-CoV-2 must be a laboratory product, which was created by using a template virus (ZC45/ZXC21) owned by military research laboratories under the control of the Chinese Communist Party (CCP) government," reads the paper.

SARS-CoV2 is a product of laboratory modification, which can be created in approximately six months using a template virus owned by a laboratory of the People's Liberation Army (PLA). The fact that data fabrications were used to cover up the true origin of SARS-CoV 2 further implicates that the laboratory modification here is beyond simple gain-of-function research.

The scale and the coordinated nature of this scientific fraud signifies the degree of corruption in the fields of academic research and public health. As a result of such corruption, damages have been made both tot he reputation of the scientific community and to the well-being of the global community.