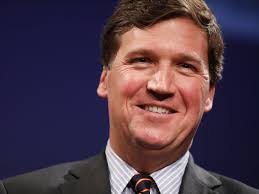 In the highest rated hour in cable news (and often on cable overall), Carlson still comes with a raw, personal energy that is just missing in so many other political personalities.

Last night, it was time for him to react to the absolutely ghoulish behavior of the media in response to Donald Trump contracting the coronavirus. To say it's been a roller coaster has been an understatement. We went from news outlets feigning outrage because they were supposedly so concerned, to them feigning outrage because Trump was recovering too quickly.

Tucker laid into them for it.

It's not an overstatement to say that many media members were at least deeply disappointed that Trump managed to leave the hospital so quickly. No doubt some of them were hoping for the worst given how quickly their hostility level went to eleven the moment it appeared Trump wasn't on his deathbed. They've spent four years trying to get rid of him by any means necessary, so that should not be surprising.

But it was Tucker's second criticism that really boiled down the media's authoritarian tendencies to exactly what they are. These people want you scared. That's why they lost their minds at Trump suggesting the virus should not be allowed to dominate your life. Fear morphs into influence. That enables power over those who watch and listen. Everything is about control.