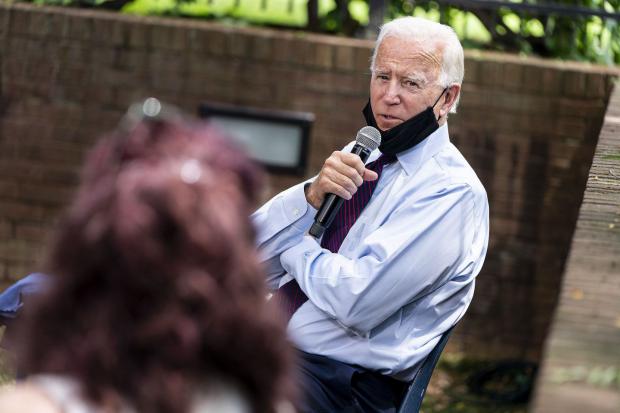 I have been especially harsh on Trump's handling of COVID. He bought the con. He fell for the lying prediction of 2 million deaths in America, foisted on him by Fauci, who in turn grabbed that computer prediction from Neil Ferguson, of the Imperial College of London. Ferguson's track record of predictions is one abysmal failure after another, as I've documented. Ferguson is bankrolled by Bill Gates. Trump wouldn't stand up to the medical liars, and so he allowed the US economy to go down the drain.

Bottom line: Trump's handling of the pandemic has been horrendous. The Biden plan is worse.

Trump at least has restrained himself from seeking a national mandate that would impose all the lockdowns and the mask orders and distancing from a FEDERAL level.

He's left the hatchet jobs to the governors of the states. In that action, or inaction, he's left the door open to uneven and various levels of control, depending on relative levels of insanity of these governors.

First and foremost, an overall PLAN for the whole nation…

Because technocrats must have a system for the whole of civilization. That has always been their obsession. Without that, they would have nothing to do, and they would go blithering mad.

This is called mind control. It is basically self-imposed.

Liberals are always looking for the plan to express their love and their compassion for everyone and everything, and in that demented state, they inevitably forget two things:

Is the design based on facts or lies; and who can trust leaders to implement the structure without acting as absolute tyrants?

These are minor issues for liberals. They skate across them with messianic glaze in their eyes. And when they see a leader who might not want a design to impose on everyone, that glaze turns to cold hate.

The very notion that one football game in one state might be occurring in an empty stadium, while in another state there might be 20,000 fans in the seats, makes them want to pick up a gun and start shooting—if they believed in guns. Well they do, but only for law-enforcement officers who have been properly reeducated and vetted to restrain freedom and stand aside for destruction…