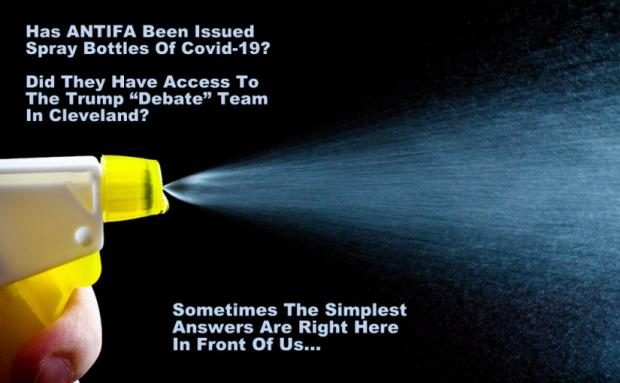 CNN says: "The public doesn't believe us!  Now what do we do?"

We only have to look at the liberal media's representations of Trump, and America's Conservatives, put forth every day to know that America's liberals are morally and ethically bonkers.

Impeachments?  Russian hoaxes?  Every day a new scandal, and none of them stick…

They are at the point where they will try ANYTHING to stop us from rolling up their promotion of outright socialism/communism.

Their HATRED for our Judeo/Christian based society is boundless.

Of course the Democrats would head towards violence.  It is in their political DNA.  Remember the Ku Klux Klan?  Totally a Democratic Party function.

Look at the continuing riots in Democratic Party run cities.  ANTIFA is their current version of the KKK.

ALL of the Western States fires are caused by ARSON.  Guess who the arsonists are?  ALL of the areas being intentionally burned (arson) are where Conservatives live…

Historically, "Corruption" is a way of life in the Democratic Party…

There are so many examples of outright corruption in the Democratic Party that one can simply not find ANY historical period when there was normalcy.

In the 1800s all of New York city was controlled by "Tammany Hall."  These days it looks like "Boss Tweed" is still in operation.